Whether you’re watching football from the stands, commuting to work or simply hanging at home on a chilly evening,

Hot Chocolate  always hits the spot. Take a break from the usual and whip up one of these versions — you’re in for a treat.

The first chocolate beverage is believed to have been created by the Maya around 2,000 years ago, and a cocoa beverage was an essential part of Aztec culture by 1400 AD.

Back in the days of the Aztecs, cocoa beans were valuable not only for their culinary importance but also as currency.

Cocoa beans were often given as gifts during important ceremonies and festivals. Even so, they also used the roasted beans to make a Chocolate drink.
Their version is much different from the hot chocolate  we know today.

The Aztecs actually drank it cold, flavored with wine and chili peppers, and not at all sweet. The beverage became popular in Europe after being introduced from Mexico in the New World and has undergone multiple changes since then.

Until the 19th century, hot chocolate was even used medicinally to treat ailments such as liver and stomach diseases.

When it hit London (in the 1700s), chocolate houses became popular and very trendy. It was the English who started adding milk to their chocolate and it was enjoyed as an after-dinner beverage.

Today, hot chocolate is consumed throughout the world and comes in multiple variations.

Which one will you choose to be your new favorite? 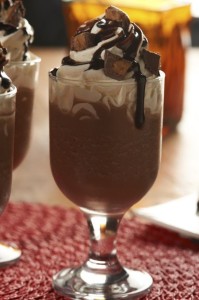 Click here for a twist on standard hot chocolate, with a touch of peanut butter. 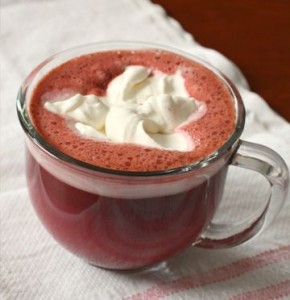 You must try this Delicious Red velvet version 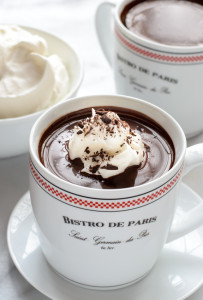 French hot chocolate is not for the casual chocolate-dabbler, the chocolate shy, or anyone with an aversion to heavy cream. It’s deep, dark, and utterly magnificent. 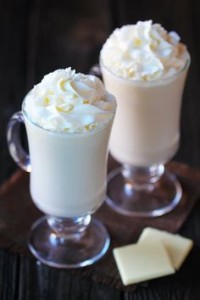 Oh this is heaven on earth~ absolutely delicious Vanilla Bean White Hot Chocolate. This yummy drink tastes mostly of the vanilla bean, with just a creamy hint of the white chocolate. 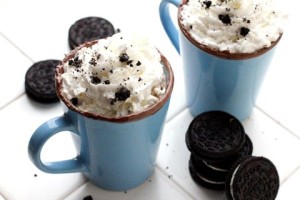 There is nothing better than kicking up your feet after a long and cold day and sipping on this glorious stuff. That’s right. Glorious. You will never have plain hot cocoa again!

Now that you have your favorite Hot chocolate, how about a tasty homemade marshmallow….

These taste so much better than store bought, they are light and soft, not gummy at all.  You will never buy marshmallows at the store again!

Grab your mugs. You can never give chocolate enough attention. …it’s chocolate!